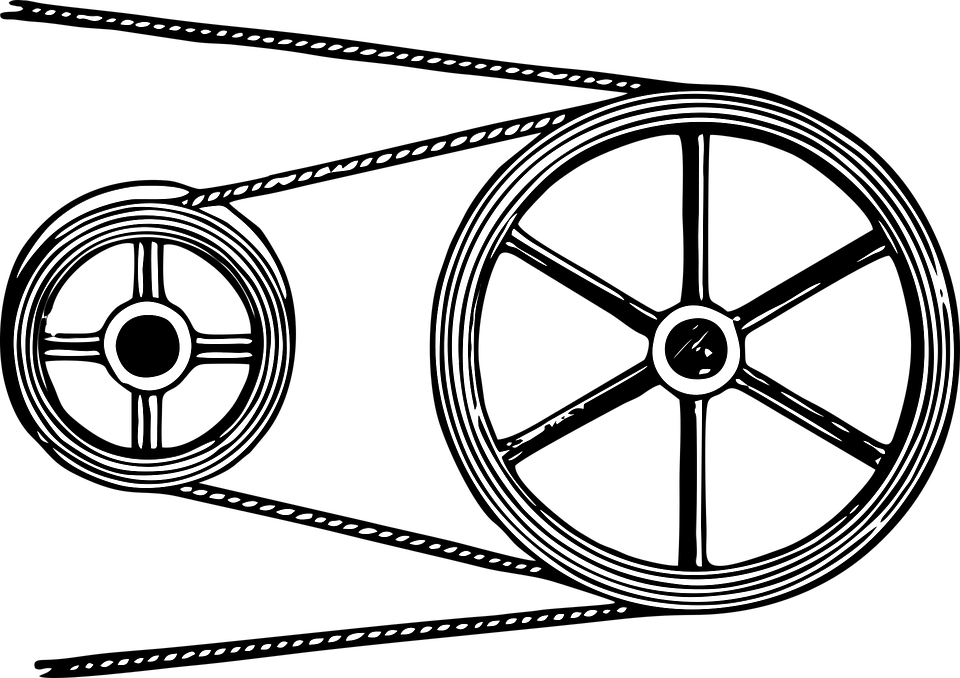 Humans have always had work to do, and they have always looked for ways to make their work easier. Some of the first and most important inventions that humans ever made were six simple machines. These inventions made it easier to do things like redirect the energy of a force, transfer the force from one location to another, increase the strength of the force, or increase the speed or distance of a force. Many of the more complicated tools that humans developed later in history are just combinations of the original six simple machines.

One of the most significant inventions happened around 3500 B.C.E. The invention of the wheel allowed people to move stuff over greater distances and do it much faster. The development of trade routes was made possible by the development of the wheel. Wheels work by reducing friction. For example, someone needing to move a bookcase might struggle to push it across the floor. Pushing a hand truck under the bookcase, which has two wheels connected by an axle, makes it much easier to move the heavy piece of furniture. The development of the axle made wheels more effective. The axle made it possible to build wagons and carts that could be pulled behind animals. The Sumerians are believed to have been the first civilization that developed the wheel and axle.

If you’ve ever played on a seesaw, you’ve seen a lever work. Archimedes, a Greek philosopher and inventor who lived in the third century C.E., is believed to have said, “Give me a lever and a place to stand and I’ll move the world.” He may have been exaggerating a little, but the truth is that leverage makes moving anything much easier.

Picture that playground seesaw, which consists of a long beam on a pivot point. That’s how all levers are built. Levers were invented by people living in what today is known as the Middle East around the year 5000 B.C.E. They invented levers because they wanted to lift things off of the ground without having to use a lot of effort. For example, without a lever, moving a 50-pound object requires using about 50 pounds of force to lift it about two feet in the air. However, if you’re using a lever and fulcrum (the pivot point), only about 25 pounds of force are required to lift the object the same distance in the air.

Imagine standing outside a grocery store with a full cart. Moving from the sidewalk to the parking lot requires getting the cart over the curb. You could just shove it over the curb, but it’s a lot easier if you find a ramp to push the cart down instead. Inclined planes are just ramps that make it possible to move objects without having to lift them. Inclined planes and ramps have been used for centuries by civilizations all over the planet.

Pulleys make it easier to lift objects, and they also make it possible for people to live and work in very tall buildings. Elevators are based on the simple pulley. These machines involve attaching a pulley to a fixed point above a heavy object, running a rope over the pulley, and attaching one end of the rope to the heavy object. Pulling on the free end of the rope can lift the object with much less energy than simply trying to pick it up. Using two or more pulleys makes it possible to lift objects with even less force. It appears that Egyptians developed the pulley around the year 1990 B.C.E. Pulleys made building the pyramids possible!

Some historians believe that Greek mathematician Archytas of Tarentum developed the screw during the fifth century B.C.E. If he did, he invented one of the most useful things ever. After all, screws are everywhere! Tiny screws hold together smartphones, bigger screws are used in furniture, and even larger ones make things like bridges and skyscrapers possible. A screw is simply an inclined plane that’s wrapped around a cylinder. The result is something that lets you join two things together using much less force than a nail requires.

The wedge has been in use since the Stone Age. It was probably invented when someone needed to separate two boulders and found that pushing a wedge between them made it easier. The metal part of a knife is also a wedge that makes it easier to break things apart. It’s a lot easier to turn an apple into pieces with a knife than just with your hands!